Gamblers in the 1800's were a sturdy breed. They played on river boats up and down the Mississippi and in saloons in the old west with booze flowing and guns everywhere.

If you dropped them into a present day casino if they could move beyond the shock and focus on the casino games they wouldn't find much in common with what they used to play.

Here's a list of 7 things 19th century casino gamblers would never have predicted about today.

Poker Could Be Played On a Screen 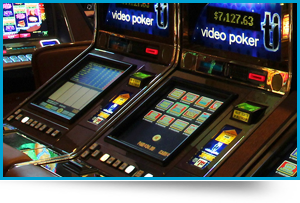 Of course anything with a screen would be surprising, like television, drive in's, movie theatres, etc.

But 19th century gamblers played poker. So imagine their surprise if they saw poker played on a video screen with pictures of cards. Most video poker varieties are simply draw poker on a screen so I'd predict once you taught the old timers the controls they could pick up on the game quickly. 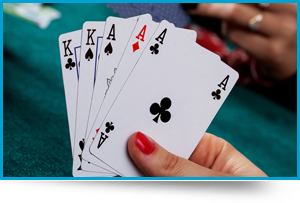 Texas holdem started gaining momentum as a popular form of poker in the 1970's. It had been played before then but when the World Series of Poker started in the 70's the choice of No Limit Texas holdem for the main event helped the game grow.

When poker tournaments started being televised on a wide scale in the early 2000's Texas holdem took the gambling world by storm.

One of the innovations used that makes it such an interesting game is the use of community cards. A community card is placed in the center of the poker table and can be used by any player remaining in the hand to form their best poker hand.

The community card concept was actually used in 7 Card Stud before Texas holdem, but most Texas holdem players don't know this. If eight or more players are playing 7 Card Stud and at least eight stay in the hand for all seven cards there's an issue. A standard deck only has 52 cards and 7 times 8 is 56. When the dealer doesn't have enough cards for the final round she places a single card face up that is the final card for every hand.

Texas holdem took this quite a few steps further by only giving each player two private cards and using five community cards to build poker hands.

Variations of poker games were played in the 19th century, but nothing like Texas holdem was present. 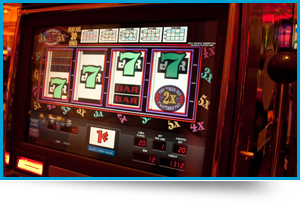 I already mentioned poker games being played on a screen, but it's hard to imagine a 19th century gambler's reaction to a slot machine. It'd probably be at least a little bit frightening, especially some of the ones with flashing lights and loud noises.

Slot machines were invented in the 1890's, so I suppose you could argue with my choice of including them on the list, but even the gamblers who played on the first machines wouldn't believe what we play on now.

The first slot machines had actual reels inside a case and all prizes were paid out by hand. Most of these early machines were placed in bars where the bar keeper could access the game, see the results of spins, and pay out prizes. Many early machines paid out free drinks or cigars, not money.

The reels spun inside the machine and when they stopped the symbols, often represented by cards, that lined up on the pay line were compared to a pay chart that was usually located beside the slot machine.

A few of these mechanics are the same as today, but now almost all of the reels are video graphics on a screen and the slots games are run by computer chips and random number generators.

The pay outs have graduated from drinks and cigars to money and the top prizes can be in the millions of dollars.

A gambler from the very end of the 19th century may recognize a modern day slot machine as a gambling device of some sort, but I can't imagine that he could have predicted what slots would become.

You Could Still Gamble On River Boats 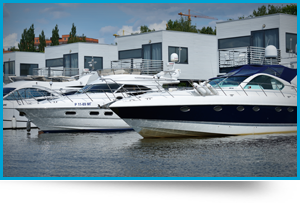 After seeing how almost everything else about gambling has changed in the years between, you wouldn't blame most old time gamblers if they thought gambling river boats had disappeared too.

Many so called river boat gambling establishments are no more than casinos built on the water to get around gambling laws, but you still can gamble on a real boat in some places.

You can find an entire industry built around gambling on ships that leave the coastal areas of the United States and travel out to international waters where there are no regulations on gambling.

Modern casinos and other types of gambling facilities have replaced most actual boats because of the costs and logistics involved with gambling operations on a moving boat. You had to stop at a landing to load and unload passengers, and some people have problems with motion sickness on water.

In addition, the demands of the public have changed over the years. Now the trip to the casino is often a big deal, with players flying into town, staying in nice hotel rooms, and gambling in air conditioned or heated casinos while being served free drinks. After a day spent at the tables or slots the players may take in a show or enjoy some fine dining.

River boats can only be so big and only contain so much in the way of dining and entertainment options. 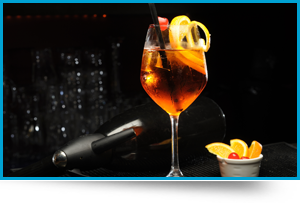 The gambling industry seems to have been intertwined with drinking for as long as gambling has been around. Gambling in saloons was almost as normal as drinking.

Gamblers came to the saloon to play and bought drinks while they played. The gambling business meant a great deal to the bottom line of many drinking establishments in the 19th century.

Now the drinks are often free because the house owns the casino games and make more money by giving the drinks away instead of selling them.

The entire business model has been turned around. I can't imagine any of the old time gamblers predicting free drinks in gambling halls in the 21st century. 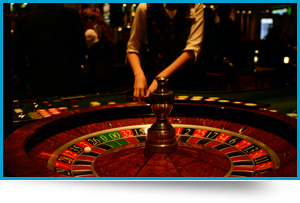 With the advancement and changes of almost every gambling game, it might be surprising that roulette is basically unchanged.

It's still played with a wheel and ivory ball with 37 or 38 numbers. When roulette was introduced it had a single zero, creating a total of 37 spaces. In the US a second space, a double zero, was added creating a wheel with 38 spaces.

Faro Is Nowhere to Be Found 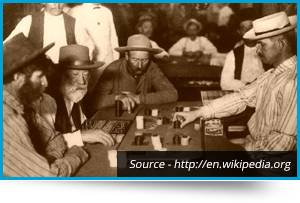 Faro was the most popular gambling game in the 19th century, but hasn't been offered by a casino in the United States for over 30 years. The game has lost out to blackjack, poker, and other games and hasn't been widely available since the early 1900's.

Played with a standard deck of playing cards, Faro has a board with 13 playing cards attached to it. Each rank, from ace at the bottom up to king at top were on the board where players could place bets. Today the lay out would be on felt, but in the 19th century actual cards were attached to a table.

Players could bet on any card on the lay out and bet sizes were dictated by the house. Just like table games today, Faro banks had minimum and maximum wagers. The dealer then dealt two cards. Any bets on the first card won and were paid even money. Any bets paced on the second card lost. All other bets pushed, usually remaining on the current positions until the next two cards were dealt.

The game went out of favor with casinos and other gambling establishments because of the almost nonexistent house edge and players moved to poker games and blackjack.

Many things have changed in gambling in the last 200 plus years, but people still risk money on games to try to win money. I imagine that one of the least important things a 19th century gambler would need to adapt to if he was dropped in the present day is the difference in gambling.

But I also imagine a real gambler from any time period would quickly pick up a new game or two and start gambling quickly with no issues.