Skill Based Games Come to the Casino

As one of the greatest musical artists ever once said, The Times They Are a Changin'. And are they ever in the casino world! Sometime within the next month or two casinos are going to take a sharp turn away from electronic games of chance, like slot machines and head toward mobile devices, Xbox and PlayStation games which are actual physical games of skill.

At Home Gaming Comes to the Casino

Caesar's Entertainment, with hotels across the Country, along with game creator Gamblit Gaming, will most likely be the first place you see these games, as Caesar's is coming out of the gate as the most aggressive tester of these new technologies. Harrah's Rincon in California is the first launch location, with many others to follow.

These games are being created to attract the younger crowd of now 21 - 29 year old's that have been playing skill based games since they were kids. Games like Candy Crush Saga, Halo, Words with Friends and others will be the basis for attempting to capture the video game playing feeling in a gambling machine.

One of the first games you will probably see is a hugely popular mobile game that can be played and practiced on Android and Apple devices. The game is called Catapult King and has over 30,000,000 downloads. The object of the game is to adjust the angle and speed of a catapult launch to knock down as many enemy combatants as possible while smashing walls, castles and other structures they are in and on. Knock a structure down and all the combatants to win big money! The picture below is a screen shot from one of the game levels on the mobile version. 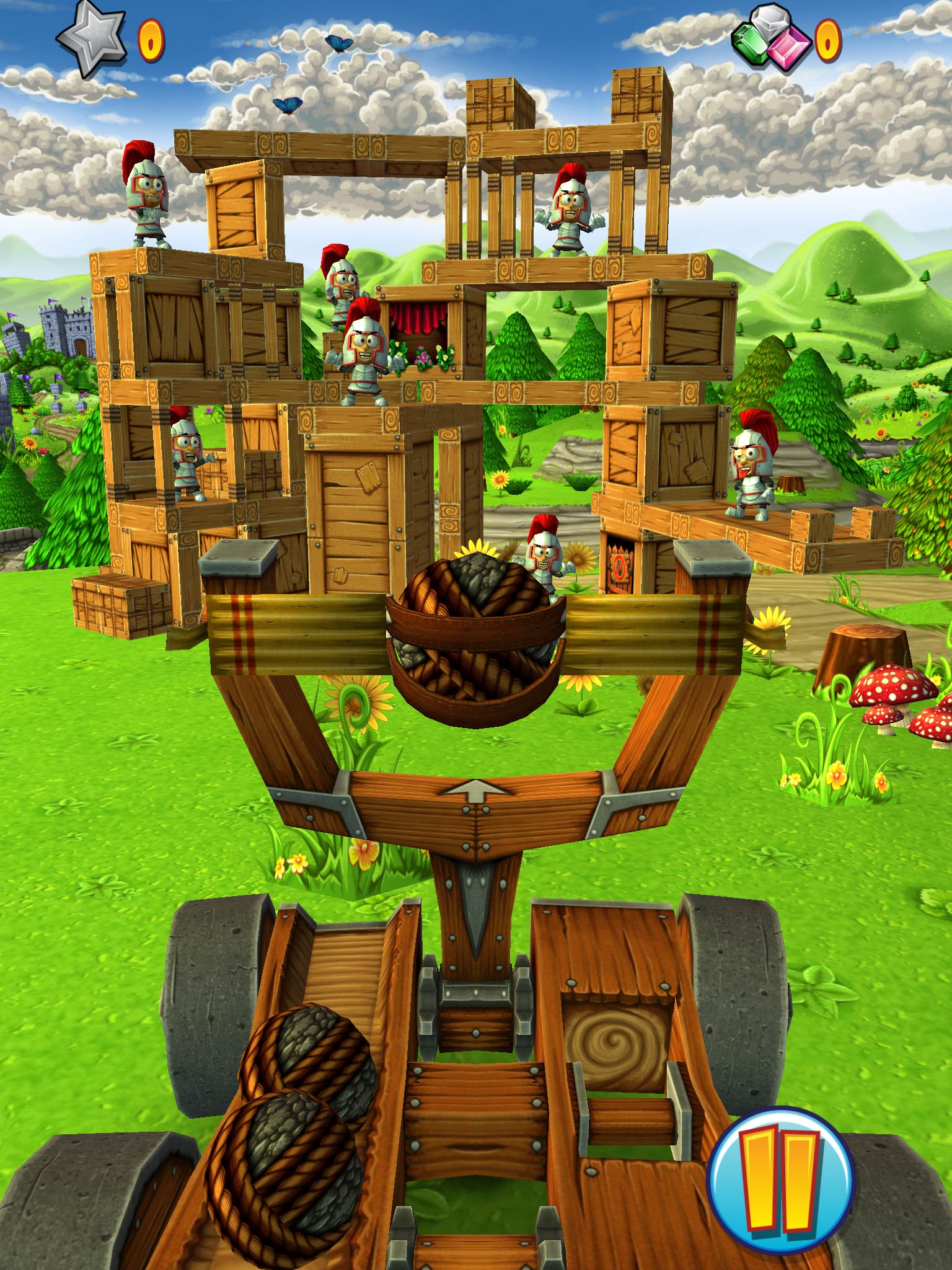 Another fantastic game you will see, with realistic 3D video, is Into the Dead. A Walking Dead style 3D Shooter where you kill as many zombies as you can in the time allotted or before you die. The more you can kill, the more money you can win. This game has over 16,000,000 downloads on mobile platforms. Below is a screenshot from Into the Dead. 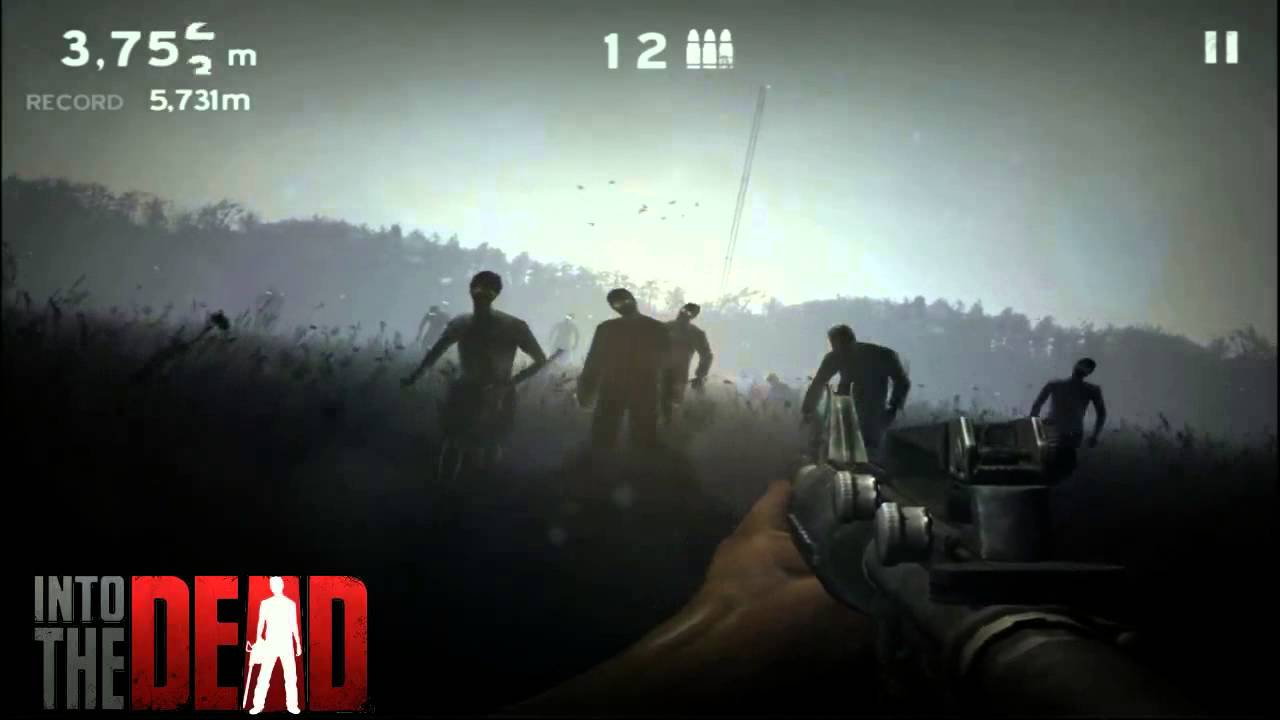 And not every game is action based. Games like Lucky Words will test you intelligence. Letters fill a 4x4 square and it's your job to find as many words as you can within 30 seconds. The more words you find, the more you can win. This is a great game for scrabble and other word game enthusiasts and could open up a whole new market for casinos. 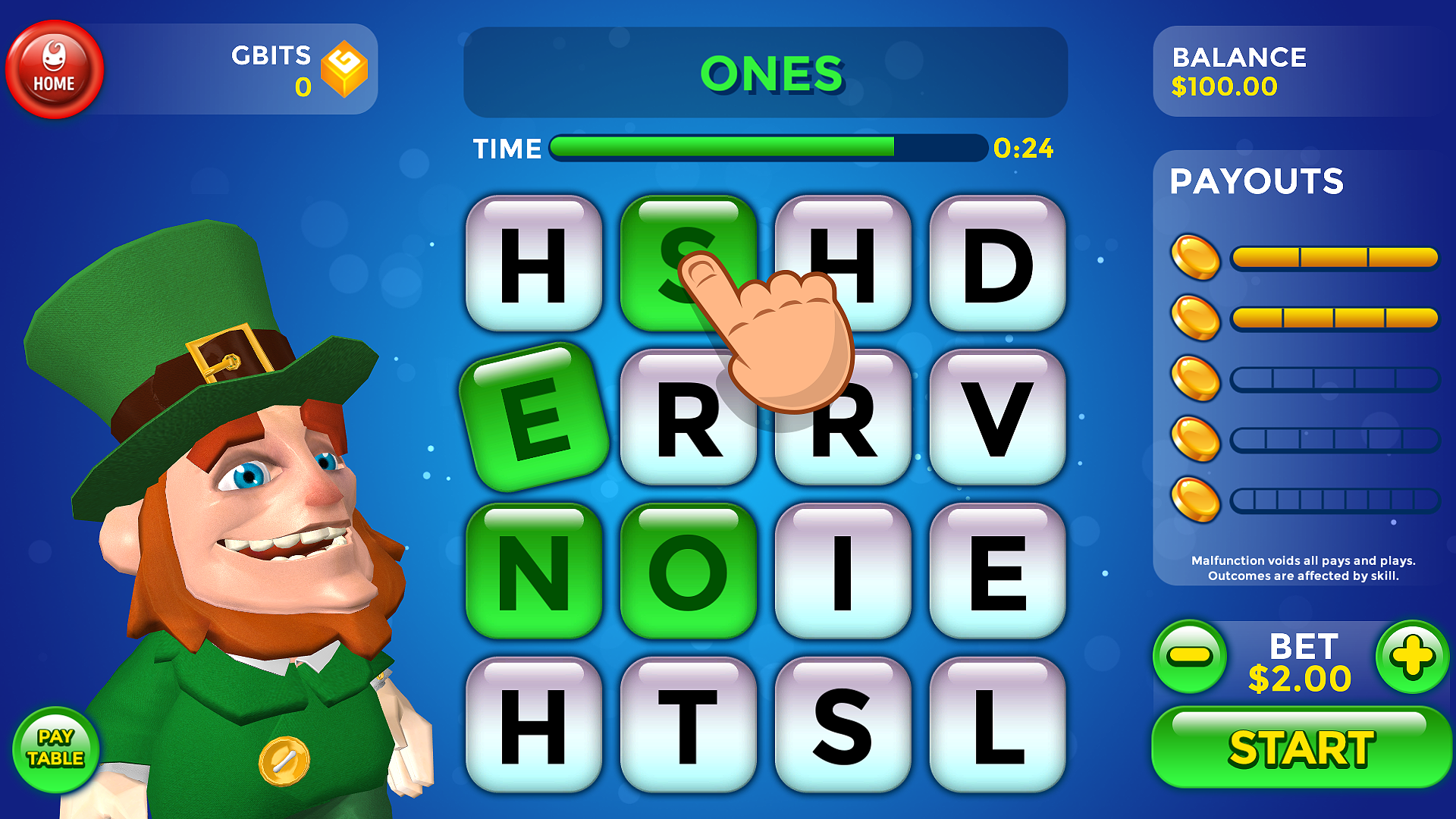 Betting levels and time to play on all these games will be adjustable by the individual casinos, but you will most likely see lower denominations and shorter game times at the beginning. Because this is an all new venture for casinos, they will tend to go with the conservative side until things are able to be tracked and analyzed. Casinos do not want to have someone playing multiple minutes on a game for a quarter, so there will most likely be an early trial period at different levels of denominations and play times.

Another new type of casino game coming soon will be physical games of skill. These games will be more like the ones you find at carnivals or your local pizza restaurant that lets you play for tickets. Games like Ski Ball, shooting baskets on a basketball backboard and stopping moving lights on a specific spot will arrive in casinos in the near future.

These types of games will require timing, physical dexterity and even some intelligence to master. And the object is not necessarily to beat the game itself, but in some cases, just beat other players.

The first of these types of games was tested in Atlantic City about 2 years ago and is the starting point for a lot of new ideas. In this game of skill 1,022 people paid $20 each to enter a free throw shooting contest. In the end, a former NCAA College Basketball player took home $10,220 for his $20 wager.

The casino expected about 750 players to show up, so the 1,022 that entered and the many, many others that arrived to root them on or just watch were a happy surprise. And although the casino didn't make a lot of money on the shooting event itself, there were thousands of people total that came to the event who also may have played other casino games while there.

As you can see, the options for new types of games to be played with some skill rather than all chance are limited only by the ideas the game inventors can come up with. Games of skill involving darts, sports and maybe even shooting of guns or arrows can't be too far away. You might even find entire rooms in a casino set up with games of skill, much like classic arcades of the past.

It's going to be a very interesting time over the next year to see what makes it to casino floors and what ends up sticking around. And for the younger age groups just hitting the legal age to gamble, skill based gambling could be just the thing they and the casinos are looking for.