Crazy 4 Poker is another game invented by Roger Snow, inventor of Ultimate Texas Hold'em, 4 Card Poker and a handful of others. Distributed by Shuffle Master, a subsidiary of Scientific Games, Inc., Crazy 4 Poker has been around for about a dozen years and has a fairly strong presence in casinos with a lot of tables, like casinos on the Las Vegas strip. It's not a top tier game like Three Card Poker or Ultimate Texas Hold'em, but would be on a list of second tier games for those that have the floor space.

Crazy 4 Poker is played against the dealer and players do not play against each other during any part of the hand. The game is similar to Three Card Poker and Four Card Poker, except in Crazy 4 Poker, all players and the dealer get dealt five cards and use their best four of the five for a poker hand. 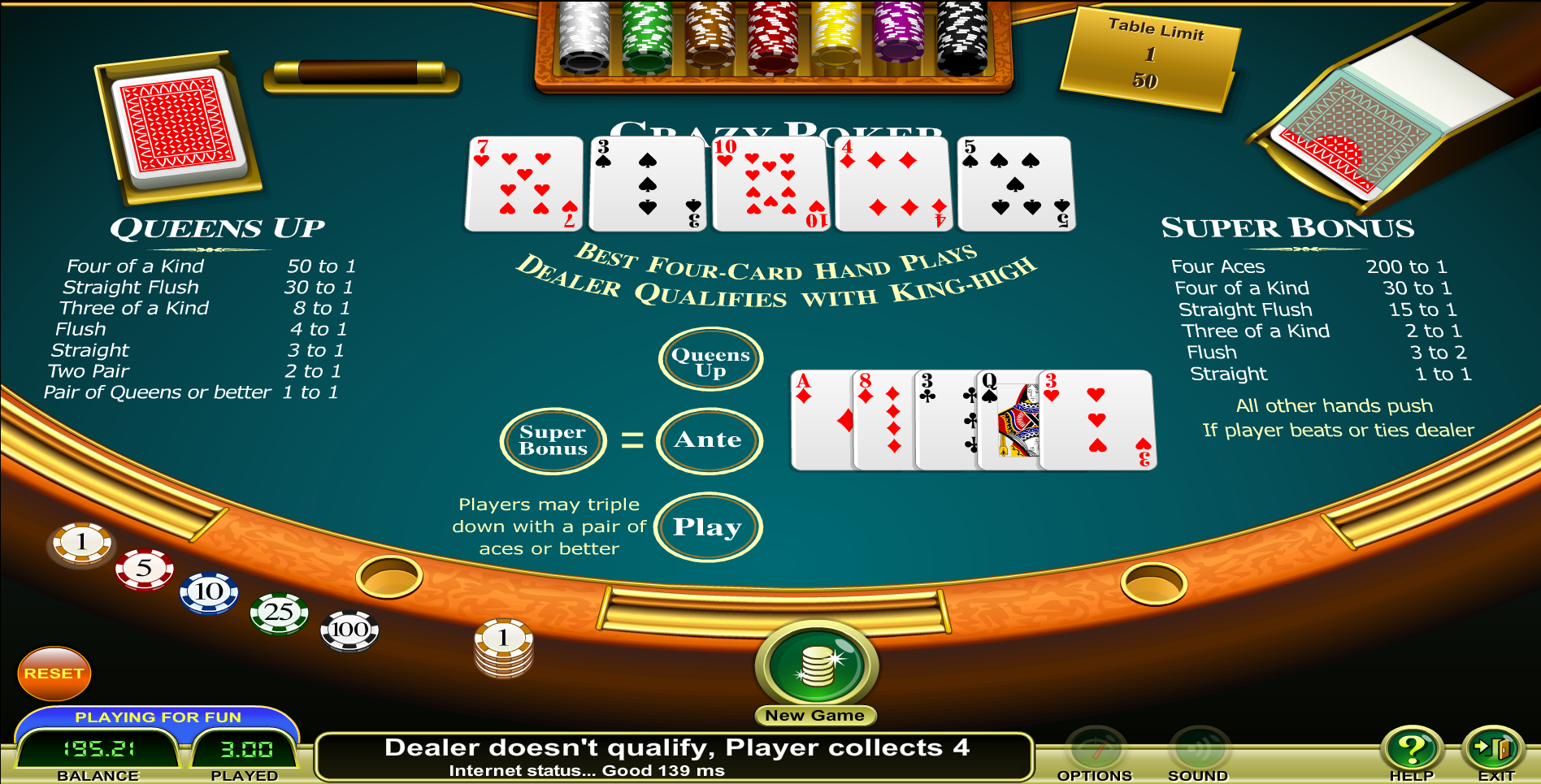 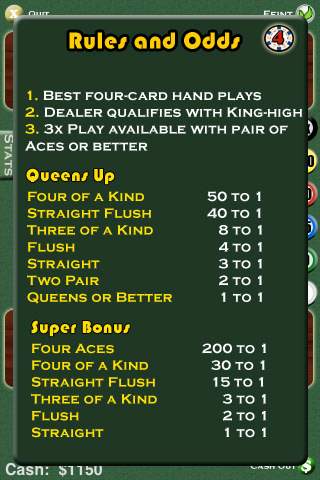 The house advantage on the Ante, Super Bonus and Play combination is 3.42% Near optimal play can be accomplished by playing the three times bet on the Play anytime you have a pair of Aces or better. Play one times your Ante with a K,Q,8,4 or better as your four best cards. Anything less than K,Q,8,4 should be folded.

The Queens Up side bet with the above pay table has a house advantage of 4.52%, which is pretty fair for a side bet. Available pay tables can go as high as 6.77% if the Three of a Kind only pays 7-1 instead of 8-1. But even the worst pay table at 6.77% is not a terrible side bet house hold, although the lower the better of course.