Dice Control - Can it Really Work? 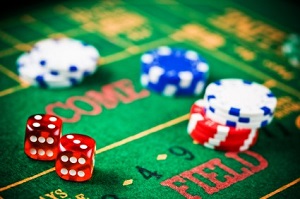 A common question among players seeking to gain an advantage in the casino is whether dice control can work. There is a belief that it's possible to influence the outcome of the roll of dice through controlled shooting, and that doing so can enable a player to gain an advantage at certain games.

Dice control can, theoretically at least, be used in a number of ways. For example, one of the claims is that it's possible to reduce the chances of a seven being rolled. This can be very useful at the craps table, where a seven is usually a losing number for the players. Based on probability, a shooter should roll seven once every six throws on average. If a shooter is able to control the dice to the extent that a seven is rolled less frequently than that, they may well be able to make consistent profits.

There is, however, a great deal of debate as to whether dice control really can work. In this article we look at the case for and the case against, in an attempt to conclude whether it really can work.

The case for dice control working is far from conclusive, and is based largely on what people have claimed to have achieved. A number of casino players claim to have had success at the tables through dice control, which in itself doesn't mean much of course. There has been some evidence to support these claims though, and there have also been some respected gambling authors write positively on the subject. On the face of it, this appears to give some credibility to the fact that dice control can work.

Perhaps the strongest argument for dice control working is in the form of Dominic LoRiggio, one of the most famous gamblers associated with this skill. He is also known as "The Dominator" and "The Man with the Golden Arm", and is said to have made a lot of money from casinos by using his dice rolling abilities.

There appears to be no shortage of people willing to believe that dice control can work, as LoRiggio runs an apparently successful business teaching people how to learn dice control. He has also appeared on television, and written for many gambling related publications, so his claims have certainly been supported in some ways. He has been seen to roll the dice in excess of 70 times without rolling a seven, and it is not unreasonable to conclude from this that he has some skill.

LoRiggio is believed to also have worked for casinos, teaching their floor staff how to spot a skilled dice thrower. Assuming this is true, it would definitely suggest that dice control can work. It is unlikely that a casino would be too bothered about looking out for skilled dice throwers if they didn't think they were able to gain any advantage at the tables.

The second argument against dice control accepts that dice control is possible, but not to the extent that it can gain an advantage for a casino player. This makes sense, not least because of the rules that most casinos set for dice games. In craps, for example, a shooter usually has to roll the dice so that they bounce off the back wall of the table. Simple physics suggest that it is going to be very difficult to control the outcome of dice in such circumstances, no matter how skilled the shooter.

Our conclusion is not a particularly definitive one, as we are not able to state for sure whether dice control works or not. There is certainly some evidence that suggests it can, but not enough to make us believe for sure. We do believe that it is possible to influence the outcome of the roll of dice to some extent, and in the right circumstances, but whether it is actually possible to gain an advantage in a casino is very much up for debate in our view.