I got my hands on each of NetEnt's three hottest new releases, and I can't wait to tell you about them.

Full disclosure – I'm a huge NetEnt fanboy. That doesn't mean I ignore the flaws in their games – I'm not particularly fond of the Staxx series of classic-styled games the company started to release last year.

I played all three games below, and I wanted to share some details with you. Thanks to NetEnt's liberal policy when it comes to game releases, most of these titles are available in free-play format on their website, or are already available in limited versions at licensing casinos. As soon as you get access to them, I recommend you give them a try. 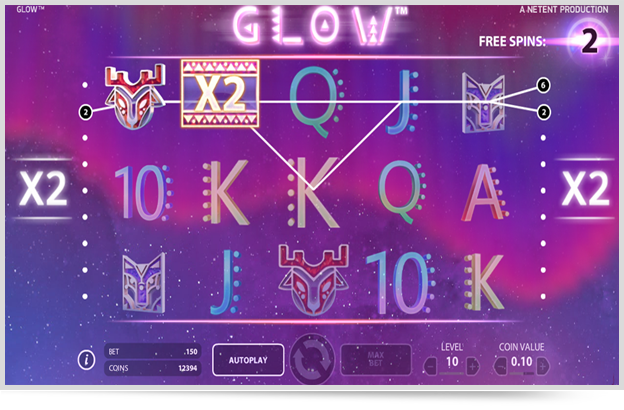 Drive: Multiplier Mayhem is a car racing-themed slot meant to cash in on Hollywood's recent fascination with street racing. The game's main character is a lady (nice touch, NetEnt!) named Jette, who races against a series of increasingly-mean looking rivals. Drive: Multiplier Mayhem is a five reel and fifteen pay line game in the style of most of NetEnt's most recent video slot releases.

The main feature (which the game is named for) is the special Multiplier Wilds. These symbols appear on any of the game's reels substitute for all other symbols to form winning combinations. They also multiply based on the number of the reel they land on – 2x for the second reel, 3x for the third reel, etc. According to the pay table, landing multiple combos on wild symbols increases your profits up to 120x, though this never happened to me.

This game has huge replay value because of all the bonus features, second screen games, free spins, and other goodies. The scatter symbol awards ten free spins, and triggers a bonus game that lets you collect special Nitro symbols. Collect three and you'll trigger a second-screen drag race bonus, which rewards more free spins and multipliers. 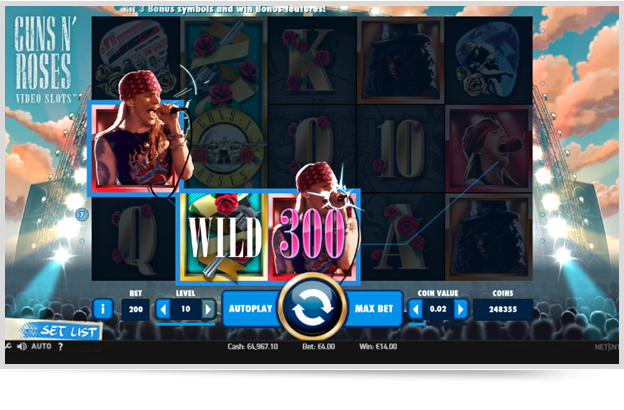 Guns N' Roses is one of the very few licensed release by Net Entertainment, made in conjunction with the band and their production company. The game features realistic depictions of all the band members, including the leads Axl Rose and Slash. People may think it's corny, but I like games based on rock bands. These guys are iconic characters, whether you like their music or not. I can see this game having a lot of cross-generational appeal, and appeal to women as well, which is rare with licensed slots.

Guns N' Roses is a five reel and twenty-five pay line video slot that includes lots of bonus features, triggered by animated scatter symbols. The game allows denominations worth between $0.01 and $2 per credit, and accepts a maximum of 200 credits per spin. That gives the game a total max bet range of between $2 and $200. Max bets are important – without them, you won't have access to the most entertaining features of the game.

Guns N' Roses by NetEnt includes a special Appetite for Destruction wild symbol that substitutes to form winning combos and multiplies wins by up to 5x. The Legend Spins game hands out free spins in units of 5, up to 50. Trigger the Solo Multiplier game and win multipliers of up to 120x, all of which can be retriggered during the game.

The main feature of the game is the Crowd Pleaser Bonus. This is a pick'em game in three tiers, in which you pick free credit prizes. You have to win 300 bonus coins throughout the game to get access to the most lucrative level, Level 3. On Level 3, you can win as much as 40x your stake plus fifty free spins. 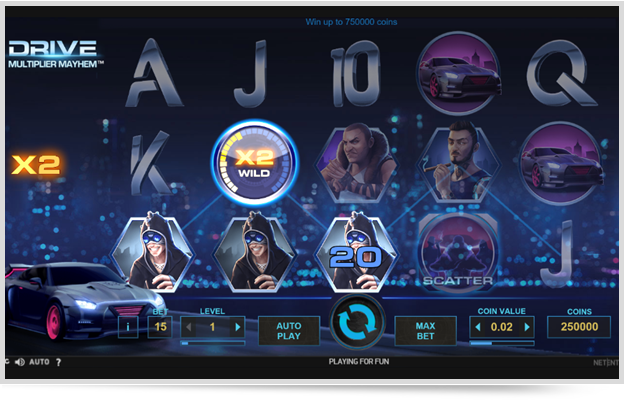 The story about NetEnt's Glow Touch release is a little less exciting than the other two games on this list – that's because Glow was already a popular slot game. This new version is just a variant in a new format. But the real story here is just how gorgeous (and how much fun) that new format is. I think NetEnt's new Touch format for mobile play is going to be a huge hit.

If you don't know Glow, here are the basics. The game was originally a Betsson exclusive. With the release of Glow Touch, the entirety of NetEnt's market now has access to the game, as well as a new mobile version with touchscreen features and a unique interface.

Glow is a five reel and fifteen pay line slot that accepts bets between $0.15 and $150 per spin. The theme is the Northern Lights, which gives rise to all sorts of beautiful visuals and glowing effects. With haunting music, a free spins feature, wild doubles, and frequent multiplier rewards, it's no surprise that Glow was popular enough at Betsson to spawn a wider release.

The gameplay on the new mobile version is identical to the version already in limited release. What's different are new features optimized for mobile players, such as landscape and portrait mode, dimmable lights, and other customizable features. What's more, all those features (and all the game's interactions) are handled via a slider system, which is familiar to mobile users. In short, Glow Touch looks like it was designed by Apple, and that was intentional.

I think you'll agree with me – our Scandinavian friends are producing some of the best-looking and most exciting video slots and mobile slot games in the industry. NetEnt is wasting no time dominating the 2016 slot machine news cycle. All four of the games above are just as much fun as advertised. The hype is real – NetEnt is still my favorite online slot producer.

What's even more impressive is that they're continuing their aggressive release campaign from 2015 well into this and (reportedly) next year. What should we expect? 2016 is going to be a big year for NetEnt slots. More mobile games using the same Touch format as their upcoming Glow release. We also hear tell of a new progressive system, and increased use of social currency and social features, thanks to new mergers with the existing North American legal market.

These games were a blast to play, and I look forward to playing them for real money when they release in the spring of 2016.